Marja Kaariainen comes from a family of craftsmen of Kiuruvesi, in Finland, where she acquired a passion for arts and crafts.

She loves drawing, inventing and sewing her outfits.
In 1986 working as creative window dresser, her special creations were noticed by an Indian brand for which then worked at her first women’s clothing. Boost from this occasion in 1987 decided to come to Italy to study ‘stylism’ at the European Institute of Design in Milan.
She completed her studies becoming Industrial Pattern Maker at the Institute ‘Carlo Secoli’, obtaining the highest grades (60/60 with praise), and in 1993 ended with the stylist apprenticeship.
In 1996 she attended a course in costume designer at the UIAH (University of Art and Design in Helsinki). She has been working in Italy as a fashion designer for nearly twenty years, drawing mainly knitwear, men ‘s/women’s apparel, shoes and accessories.

In Finland she worked for the National Opera as an Assistant Costume Designer-Scenographer.
She also worked for a lyric opera company by Sibelius Academy always acting as a costume designer. She worked for lots of shows, for a series of Telenovelas, for commercials, music videos, gave also stylistic advices for artists and for fashion magazines too.

In 2009 opened her own Atelier in Finland and created a line homewear-nightwear for woman helping relax and health using only environmental friendly materials made from bamboo.
Into her collections there is always a well-thought out theme, also influenced by past experiences as a costume designer where you create clothes depending on the roles. As well as in the theatre sector, also in the fashion field she likes designing a total look, ‘ to invent a world around the single creation or taking inspiration from the territory, with the result of creating a clothing line that resembles these environments. 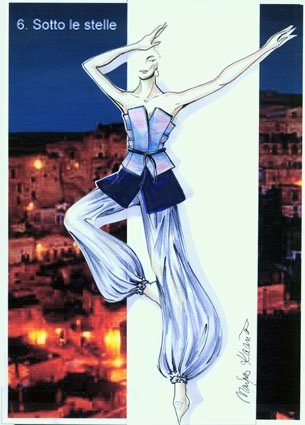 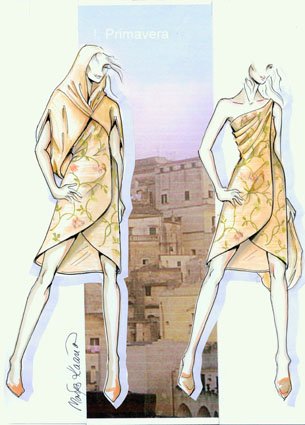 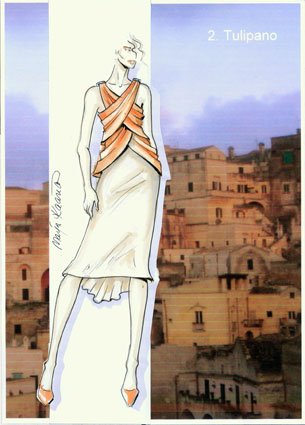 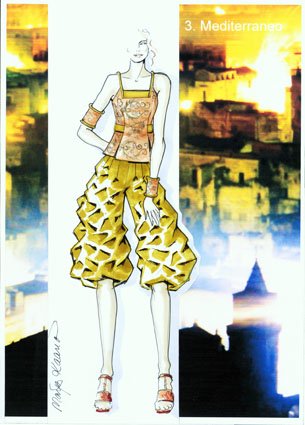 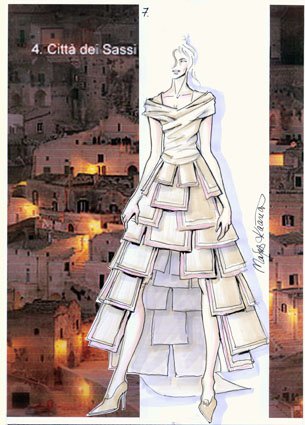 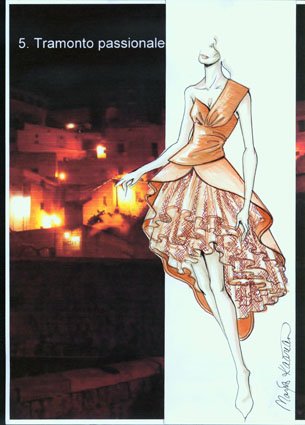