Maurizio Licata was born in San Cataldo on the 5th of May in 1977, grew up in Bompensiere, tiny Sicilian hinterland country , since he was very young, first design enthusiast and fashinated by the fashion world later, he attended the Regional Insitute of Art “Rosario Assunto” di San Cataldo ( Sicily ) in the section “Fashion and Costume” where he obtained his graduation with honors.
Attracted by theatrical scene costumes, decided to go to study Scenography at the Academy of Fine Arts in Rome where he completed the first year, but his great passion for fashion led him to enjoy and enter a course of “Stylism”.
In 2002 he moved to Palermo and attended the course “Fashion Designer” at the Academy of Fine Arts, obtaining Academic Degree with the vote of 110/110 with honours thanks to his thesis entitled “The shoe of Franca Florio”, in which, in addition to the historical reference period, he also introduced this icon of femininity during the early years of ‘900 of Palermo, he is inspired by “Donna Franca” and Palermo Art Nouveau style by designing a collection of jewelry and High Fashion shoes of which makes prototypes that he will later present exclusively at the Contemporary Art Museum of Gibellina. Over the years, in addition to deepen his knowledge about fashion drawing techniques he also formed in the sartorial field by attending various courses about modelling package.
His skills and creativity take shape in his creations designed by himself and then presented at various events related to fashion, shows and the regional culture and it’s not over; one of the most important things, in 2004, he participated in the national competition for young designers “Basilicata fashion” finishing in first place.
He also dressed various show-girls and actresses such as Eva Henger and Antonella Salvucci in occasions of events of national and international importance such as “Stefania Rotolo Award “, the national final of the competition “A Girl to the Movies”, and “Trailer’s Film Fest 2009”. Among his latest experiences, in 2009 he collaborated with a design studio for the design of Marly ‘s, Carlo Pignatelli wedding woman and ceremony guests, he has also been a lecturer professor at the Regional Institute of Art “Rosario Assunto” in San Cataldo and at the Art Institute “A. Passoni” in Turin. 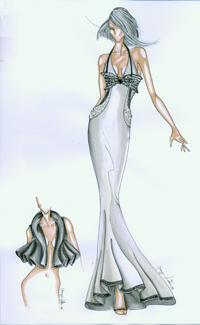 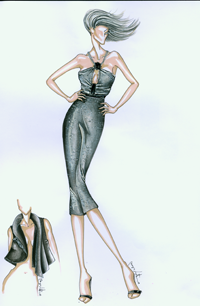 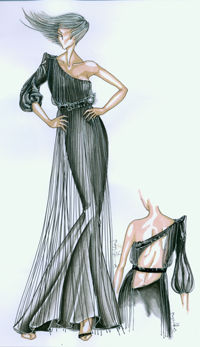 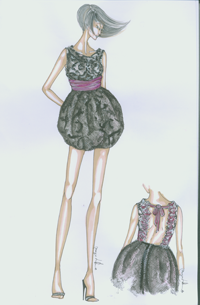 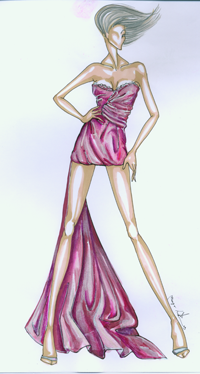 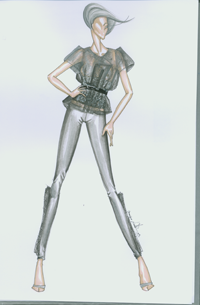